WHAT A SEASON! Thank you Formula 1® 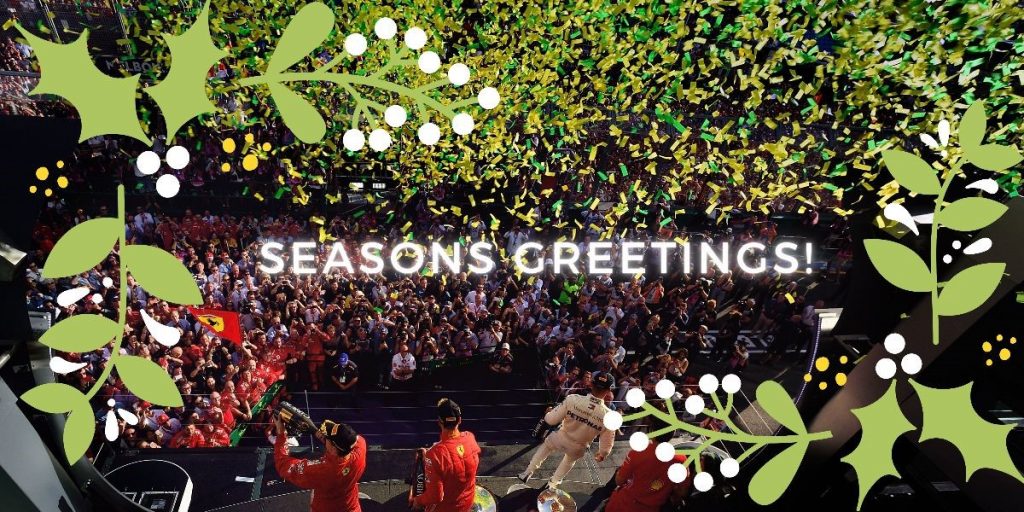 Firstly, I would like to wish you, your family and friends a happy, safe and festive Christmas. Thank you for your continued support throughout this year and I know we all look forward to welcoming in 2021.

Well, the second half of the revised 2020 Season certainly provided some drama and was an emotional rollercoaster. Congratulations to FORMULA 1® and everyone involved for bringing us, in unprecendented times, one of the most entertaining seasons in recent years, when we didn’t know if it would be possible to have a season at all. What an extraordinary achievement in successfully completing 17 races amidst a global pandemic.

Mercedes continued their dominance and Lewis Hamilton broke multiple records and secured his seventh World Championship with a truly brilliant drive at the Turkish Grand Prix to equal Michael Schumacher in Championship wins. Hamilton earned plaudits from all across the F1® World including current and former drivers/legends.

The 2020 Season will take it’s place in history as one of the most remembered for a number of reasons, but none more so than the image of Haas driver, Romain Grosjean, climbing out of a ball of fire after crashing out of the Bahrain GP on the first lap. It is testament to the incredible work done by the FIA/Formula 1 over the many years to improve safety standards and the implementation of the halo. We were all so thankful to see Romain Grosjean survive and enormous credit to the brave F1 medical staff and marshals who rushed to Romain’s aid.

Enter the Sakhir GP and I think we all experienced every emotion possible during this race. WHAT.A.RACE. With George Russell taking the reins of Lewis’ W11 car at Mercedes, we all couldn’t wait to see what he could do. No-one could have predicted the uncharacteristic mistakes by the Mercedes pit crew to see them finish without a podium. To see the devastation on George Russell’s face was heartbreaking, but as disappointed as we feel for George, he didn’t put a foot wrong all weekend and showed what a force he is going to be in the future. We cannot wait! It was great to see a different podium and fantastic for Sergio Perez to secure his first win in Formula 1. Perez will certainly bring some experience to Red Bull Racing, following the recent announcement that he will join the Team and partner Max Verstappen in 2021.

The Australian Grand Prix has been scheduled for 18 – 21 March 2021 in Melbourne.  Further announcements by Formula 1®, AGPC & the Victorian Govt. in relation to the event details and Official Ticket on-sale date are expected in the coming weeks.

If you haven’t registered to be on the waiting list to be notified first when F1® Experiences Official Ticket Packages go on sale, please send an EMAIL to be added to my ‘call back’ list.  Don’t forget to include your contact number, and I look forward to you joining me as my guest

FIND OUT MORE
Find Out More