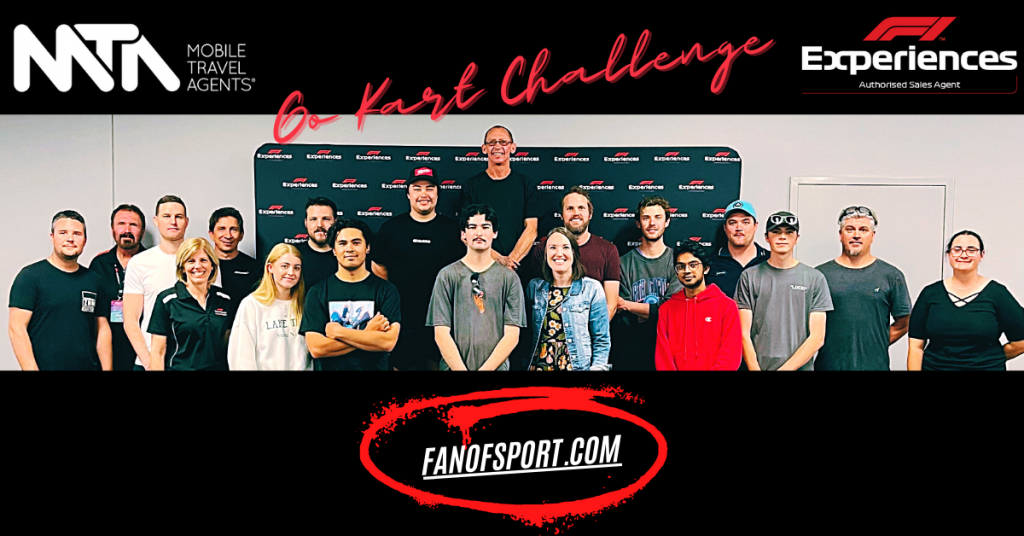 On Saturday 30 November, 20 avid F1® fans converged on the High Voltage Go Kart Centre in Welshpool for a couple of hours of racing and lots of F1 chat, drinks, and snacks.

The brainchild of F1® Experiences Agent in Australia and NZ, Wendy Brockbank, the invitees were selected from the hundreds of F1® fans after entering their names, and races of interest, for the F1 Calendar in 2022.

Unlike the real F1® races, weather was not going to impact the event (it’s indoor), tyres were all the same compound (go kart) and electric engines all the same power, although this last one proved to be contentious, based on the number of drivers claiming their car was slower!

The drivers briefing emphasised that the racing had to be ‘clean’ with no deliberate driving into other cars (like Hamilton or Verstappen?), and obeying flags that may be displayed (blue flags, Mazepin?).

Racing got underway with the first group of ten leaving the ‘pits’. The racing resembled qualifying rather than a race because the winners were determined by the fastest laps recorded over two sessions.

Everyone seemed to have a lot of fun, from the first timers to the more experienced racers (they brought their own helmets!). The first groups’ session ended with drivers eager to check their times on the timing screens whilst the second group got into their karts.  This was repeated a short time later, so that every driver got two 20-minute sessions to achieve their best time.

🙌Thanks to everyone who competed in our Go Kart Challenge, and congratulations to our winners 🏆👏 What’s not to love about having some fun on the track, new friends and talking #Formula1 😉 #f1 #mtatravel #F1Experiences #gokarting #hivoltagegokarts #gokarts #racing #perth #perthmotorsport #wendybmta

Gathered upstairs, all 20 drivers waited eagerly for the result.  After a few drinks and finger food, and group shots taken, the winners were declared with a podium celebration.

Thank you to everyone who joined us for a day of racing, fun and talking Formula 1®.